When the dust settled, it was Heady taking home his second career Tour win.

The Tommy Baldwin Racing 7NY was dialed in from start to finish, as Heady also was the winner of the Jerry Hunt SuperCenter Lap 30 Stage, his first of the season.

Burt Myers gave Heady all he could handle on a pair of late race restarts to turn in his best performance of the season, while Bobby Labonte charged late to round out the podium.

Matt Hirschman and Brian Loftin rounded out the top 5 for a good showing from both of them in the Warrior 99. 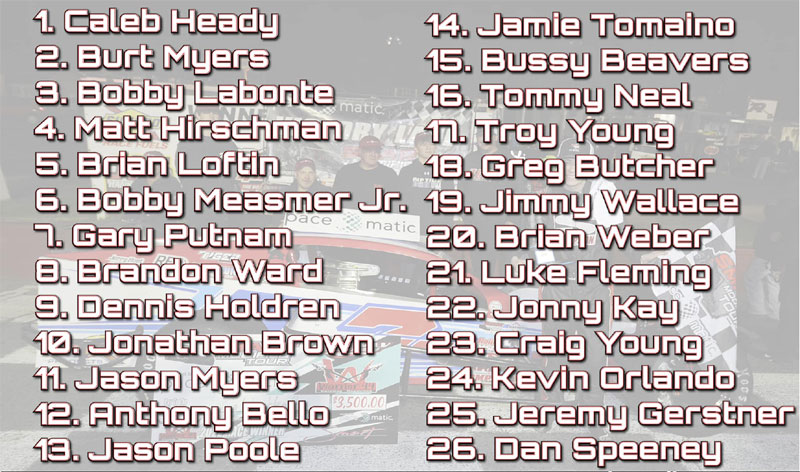